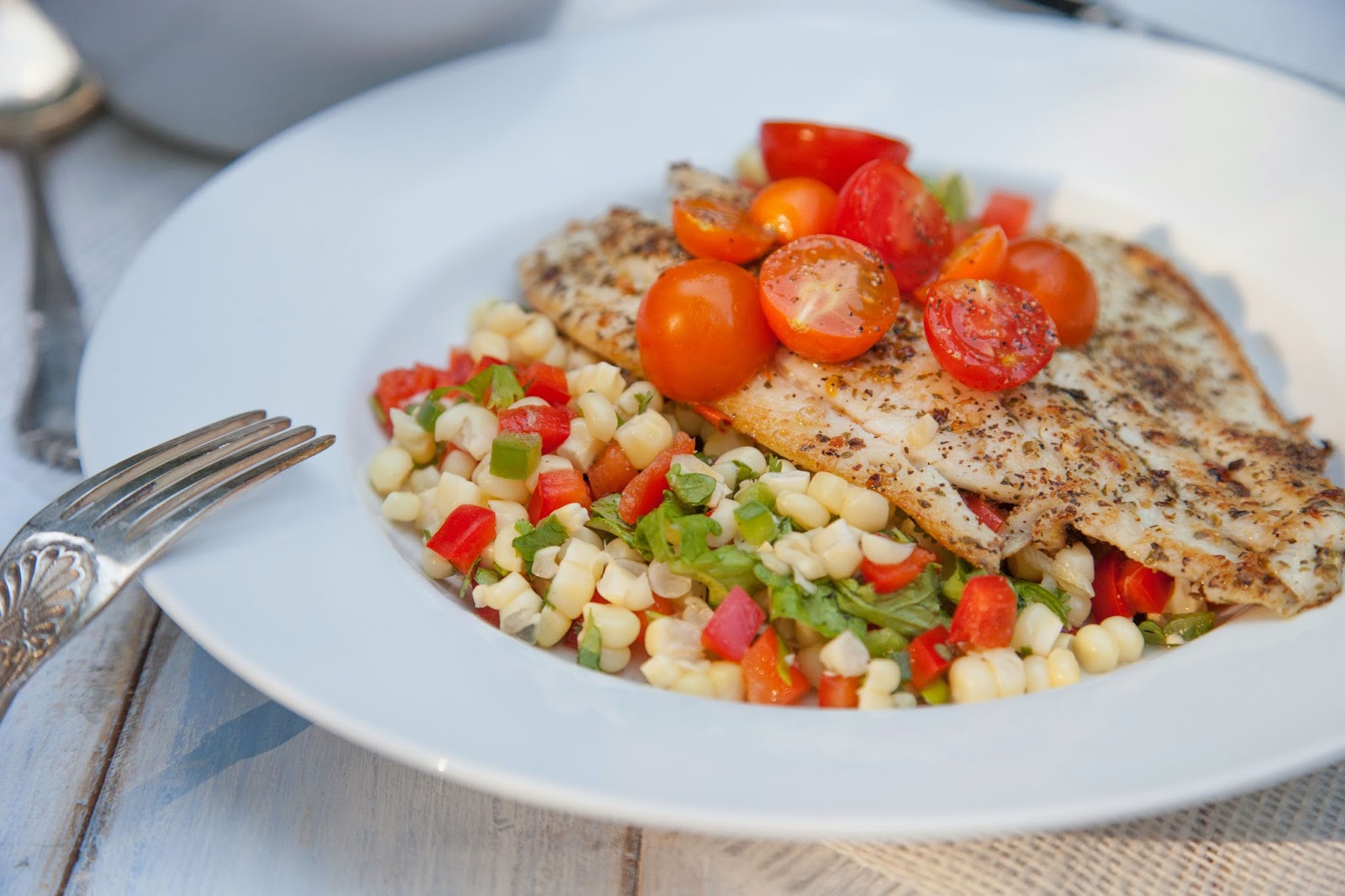 Super easy weeknight meals are equal opportunity pleasers… without bias to the rationale of their appeal. Busy days, lazy days, crazy days… it simply doesn’t matter. In my corner of the world, I often think of them as daughter dinners… my answer to telephone queries of what’s quick and easy?

They’re satisfying, tasty dinners that come together with barely a whisper of thought… ones that can be easily managed after making ones way home after a long day… perhaps.

Dinners that allow ones mind to idly wander the vista of  a water-viewed walk by bay… or sea… to champion the transition of thought to calm respite before arriving home to cap the day. 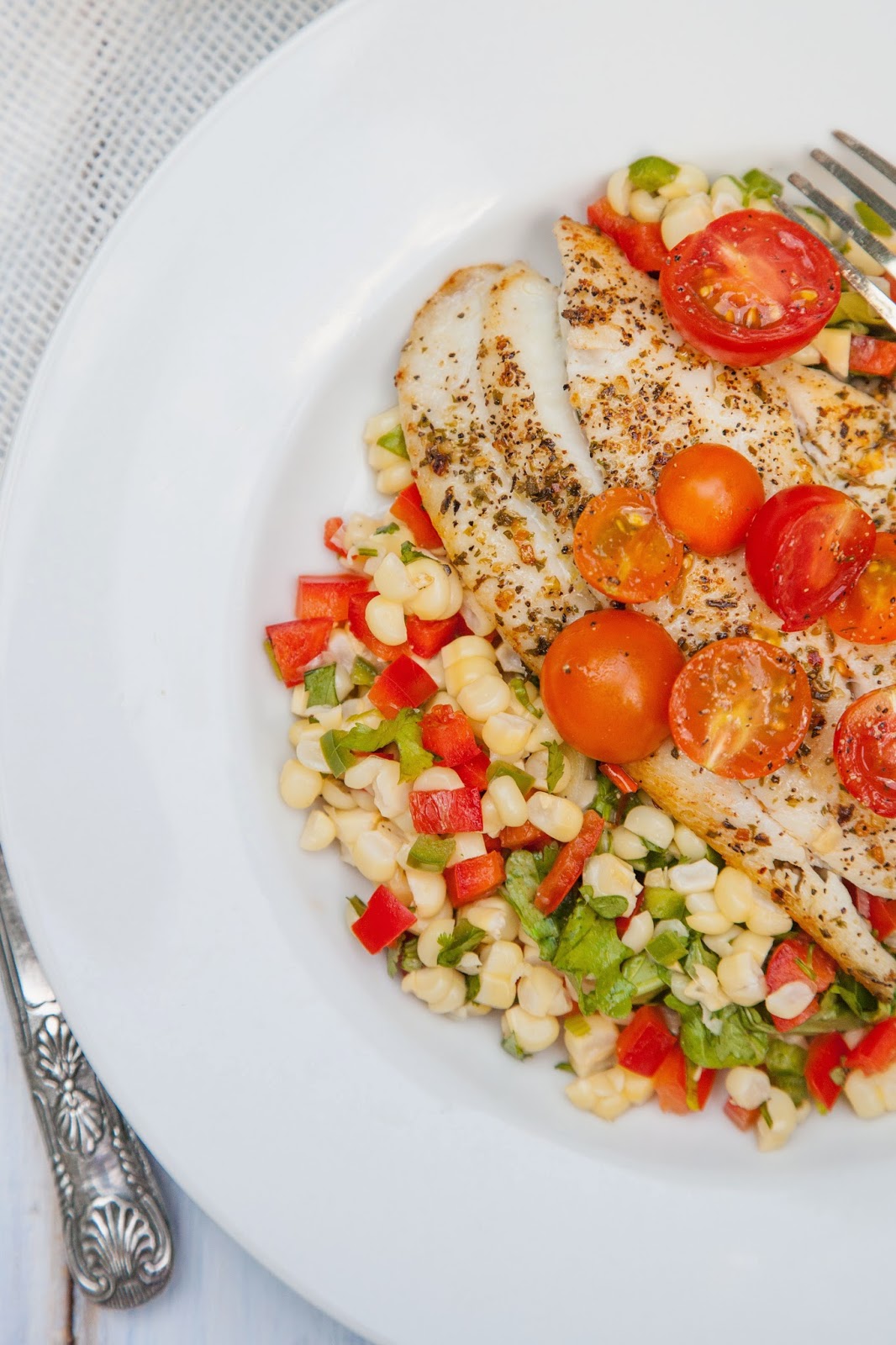 Though I tend to gravitate toward salmon or halibut on most fish-faring dinner excursions, petrale sole is a great, quick and satisfying option for a weeknight (or any night) meal. It’s a delicate fish both in flavor and texture, making it a perfect partner for an equally delicate pairing that allows a pop of seasoning to add overall highlight. (Here, a dry Chimichurri* seasoning fills that bill nicely.) A subtly sweet corn salad with little pops of jalapeño, red pepper and fresh arugula offers a wonderful base to support a simply dressed, subtly spiced petrale sole. Sautéed in just a bit of extra-virgin olive oil and seasoned with kosher salt, ground black pepper and a nice sprinkle of Chimichurri seasoning, this fish is beautifully flavored without any risk of being overpowered.

And, what about that done in minutes claim? Honestly, prepping the water to quick boil your corn is the longest and most difficult step in this dance. The being well choreographed part is simply a call to use your time wisely. While your water boils, prep the pairings and dressing for your corn salad. Then drop your corn in to boil… 60 to 90 seconds tops… then remove it to cool while you prep your fish. The key to a great fish sauté is to lay it in the pan (oil preheated to allow a light sizzle) and let it be… don’t pull it up or move it around… 2 to 3 minutes, then carefully flip it to sauté the other side (maybe 60 seconds). The fish will speak to you… the background tempo to this little dance… showing a light whitening through the middle. Once flipped, the first side will be subtly golden. The second side needs just a light touch to finish it off. And violà, dinner is done.

As choreographed here, it’s dinner under 10 minutes … not counting time to watch water boil. It’s so much nicer to factor it in thought by bay or sea.

This sweet, white corn salad is a play on one I’ve mentioned before. Though here arugula is mixed through, it can easily be used to top this dish if a crisp green is preferred. The salad dressing is primarily fresh lime juice and honey… with just a bit of extra-virgin olive oil (a fruity variety is best). It's a light dressing that is best tasted and adjusted to personal liking. It should offer just a hint of delicate sweetness to this already sweet corn. To season fish, simply sprinkle a light but sufficient touch of salt, pepper and chimichurri on one side of fish and sauté that side first. Season the other side while the fish is in the pan.

In a small bowl toss tomatoes with just a sprinkle of salt and pepper, to taste. Set aside. Prep dressing, set aside.

When water is boiling, carefully add corn to pot. Cover to bring back to boil and cook corn… maybe… 60 to 90 seconds. Carefully test kernel of corn using prongs to lift from water and a fork to prick kernel… it should easily “pop” when pierced. Using tongs, remove corn from water and let corn set to cool to room temp (a quick pass under a cool tap will hasten this wait).

Heat 1 tablespoon of olive oil in a pan set over medium heat. Season tops of fillets with salt, pepper and chimichurri seasoning. When oil is heated through, carefully place fish seasoned side down in pan (there should be a subtle sizzle… lower heat if it’s too pronounced). Once in pan, season the other side of each fillet. After about 2 to 3 minutes, lift fish slightly to view browning (it should be lightly golden and whitening through middle). Carefully flip each fillet and continue to sauté for an additional 60 seconds or so. Remove fish from pan and let rest while you finish salad.

Dry corn well with paper towel. Then cut kernels from ears (for ease in cutting, place a small bowl upside down in larger bowl. Stand one ear of corn atop smaller bowl and carefully slice down, cutting kernels away, rotating ear and cutting until all kernels are removed… and nicely corralled in larger bowl. Repeat with remaining ears of corn. Just be careful to hold ear steady and slice carefully so as not to have ear slip off small bowl perch. Add corn kernels to veggies pre-prepped and waiting. Add arugula and lightly dress; toss gently to combine. Spoon corn salad onto plates and top with fillets and a generous array of fresh tomatoes.

*Chimichurri seasoning is an Argentine mix of a variety of herbs and seasonings (dry thyme, oregano, basil, parsley, chili flakes, etc.) I found a nice bottled mix at Whole Foods; though you can make your own (here is a recipe).