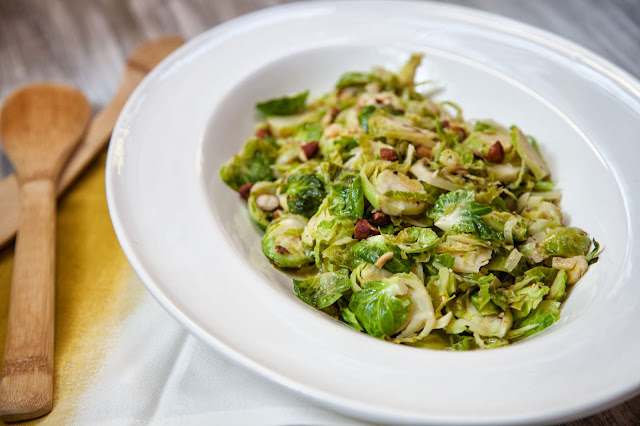 Brussel sprouts had, for years, been on my short list of foods I didn’t like… and therefore didn’t make (a list I carefully did not share with our girls as they grew up, lest they craft one of their own). I actually abhorred the smell of brussel sprouts as a child and, quite frankly, didn’t realize until much later in life that their offending odoriferous quality could be quelled by simply cooking them up quick. And flavoring them up properly could even trump their less-than-favorable stench if opting for a longer roast. It really wasn’t until a few years ago that I discovered just how good these little doll-size cabbage heads could be when roasted whole or sliced thin for an interesting salad.

A recent trip to Whidbey Island, located in the Puget Sound, approximately 30 miles north of Seattle, was yet another mental nudge to keep brussel sprouts in the mix. Along with Whidbey’s Monet-like landscapes and picture-perfect vistas, a friend and I had an inspired meal at Christopher’s in Coupeville. 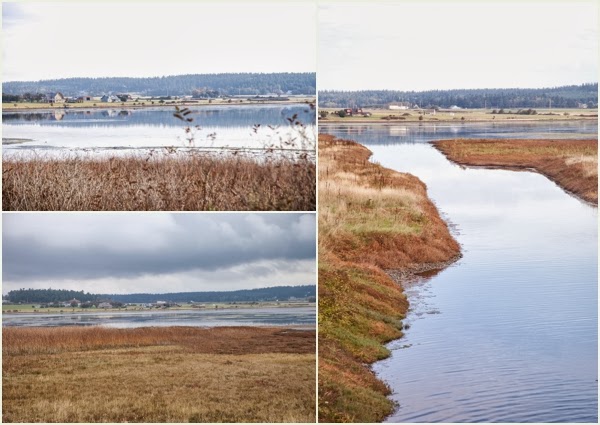 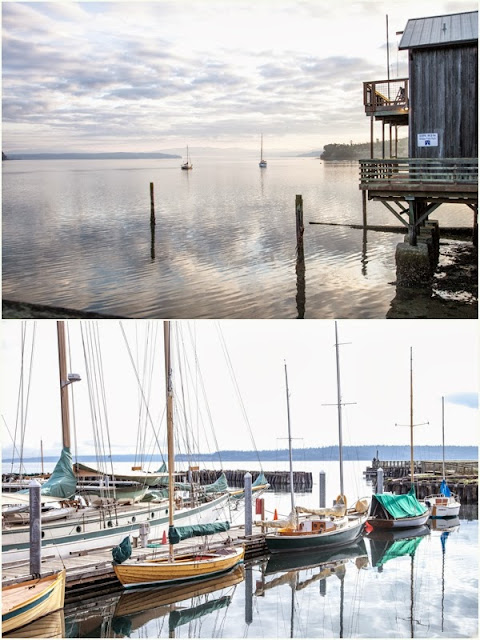 At Christopher's, we ordered brussel sprouts as a side and asked to have the bacon omitted... sure they would scoff at this request. While I might have strayed from my usual no-meat stance, my friend was the one ordering and she is far more diligent in her food footing than I. Surprisingly, there was no scoffing and the sprouts were still delicious … cooked al dente (if you think pasta)… with some bite left in them. They had great flavor, an umami that I thought may have been bacon-rendered even though we nixed this ingredient (!!).  What was particularly appealing was their freshness… more like a warm salad than a veggie.

Thinking about how to recreate this umami quality without bacon, we concluded it would be possible with a little white wine, some miso, and a touch of broth.

And… being a bit of a detail girl and believer in the “how” of how you do things (the cut you make, the layering of flavor, the method of heat, etc.), thinly slicing these brussel sprouts lengthwise with a bit of the core intact keeps the crunch in this side. 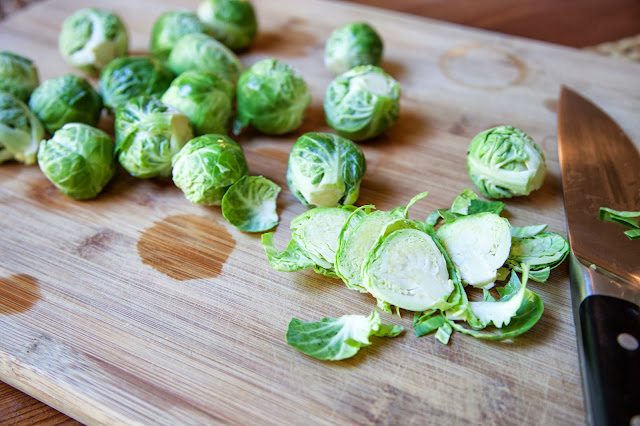 I love it when a trip produces both beautiful vistas and veggies to take with you to enjoy long after you return home.

Thinly slicing the brussel sprouts lengthwise, through the core, allows for a disk-like wafer on most cuts and ensures a good crunch upon serving. Because the miso is salty, it's important to be conservative when seasoning the sprouts before you add any of the liquids. And, allowing the wine to first render down a bit will produce optimum flavor from this add... before mixing in any of the other liquids.

In a small bowl, mix water and miso paste; set aside. Heat oil in a large skillet over medium heat. Add brussel sprouts to pan and sauté for 1 minute. Add wine to sprouts and cook for another 1 to 2 minutes until liquid renders down some. Season with 1/8 tsp salt and 1/4 tsp pepper. Add miso mixture and veggie broth. Cover and simmer on low for another 1 to 2 minutes. Remove from heat, season with additional salt and pepper, to taste, and add almonds. Serve immediately.