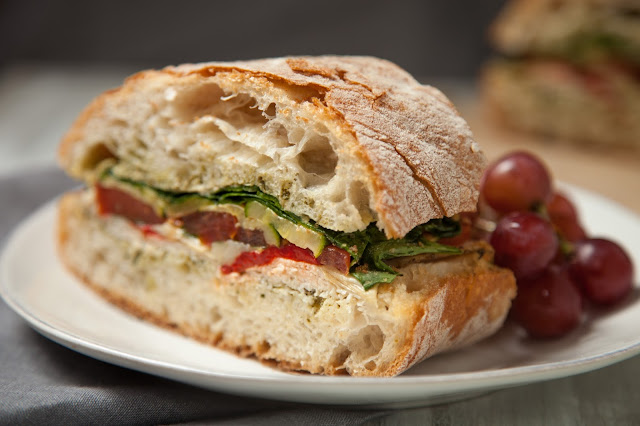 The menu would feature a simple, flavorful, farm-to-table selection of savory soups, leafy green salads, and pressed sandwiches of roasted veggies and other goodies built upon freshly baked breads slathered with herb and hummus spreads. There would be deep, rich, dark espresso, fruit juices squeezed from Nature's own bounty, and simple, well-chosen aperitifs that begged to be lingered over. Meals would be served on white porcelain plates set upon thick wooden tables nestled under a richly beamed ceiling illuminated by the glow of candles and beautiful chandeliers, with windows and doors open to the world and the flickering, changing light of day.

Traveling often inspires romanticized visions -- running a B&B in some bucolic locale, buying a winery perched upon the rolling hills of a faraway land, or owning an aesthetically captivating café nestled along a cobbled, leafy lane.

And then... you return home (and to your senses)... appreciative of the travel experience and absolutely uninterested in assuming any of the day-to-day realities of actually being an innkeeper, winemaker, or chef. (Beside, choosing only one might prove difficult.)

This, I suppose, is the beauty of travel... to dream and to inspire creativity.

Recent time spent wandering through the enchanting city of Prague proved to offer no shortage of such inspiration... from its well-scribed sights to its more removed nooks and vistas... it's truly a city that captivates the eye; steeped in history and replete with architectural gems and statuary that would have taken far more time to fully appreciate than our brief visit allowed. And though we took in most all of Prague's most famous landmarks, we also made the effort to trek a bit off the beaten path... in search of new discoveries and quiet reprieves. 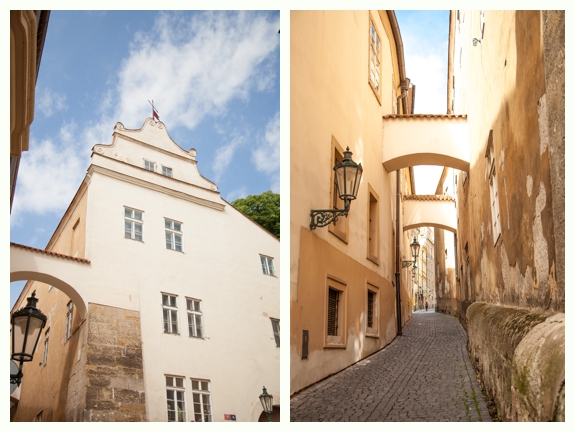 Tucked just a bit off the well-traveled path that leads through Old Town Prague, famously stretching from the Powder Tower on to the Charles Bridge and into the Mala Strana district, I was immediately taken by the quiet of one particular square. We arrived there a bit by happenstance and necessity... pulling away from the hoards of travelers (like us) winding their way along the numerous cafés, boutiques, galleries, and tourist troves that line this route straight on to the foot of Prague Castle.

Just a few steps from the frenzied hustle and bustle, nestled among the watercolor-washed structures that flank this square was the most captivating café. Looking through its arched doorways and wide-open windows, I was immediately taken by the ceiling in the main dining area!! 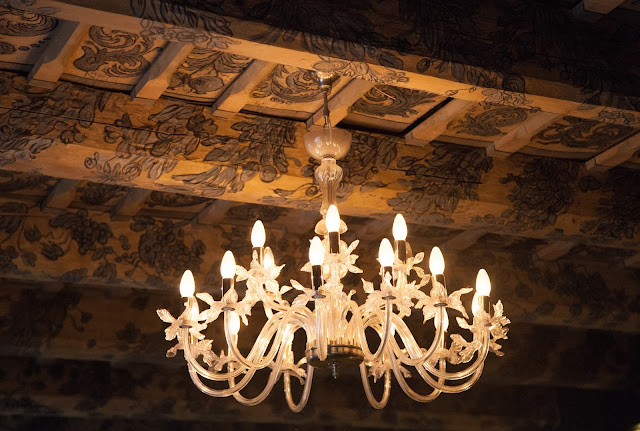 While the roughly hewn beams appeared to be burnt or etched with an amazing stencil pattern, closer inspection showed it to be even more spectacular... a hand-painted, free-form work of leafy scrolls, swirls and flourishes that laced together beautifully to create a vine-like canopy.

In the early morning hours the café is bathed by beautiful ambient lighting that touches upon surfaces with a painter's precision. And then as the sun pulls away, tucking behind nearby structures, it glows with the golden light of flickering candles and the most amazing Italian-made, clear glass chandeliers. The entire space is white, gray and black, organically balanced by the infusion of natural wood surfaces and edible presentations... freshly baked breads and sweets, colorful fruits, and trays of cheeses, meats, and sandwiches. Walls of chalkboard are "inked" with the daily specials... and amazing, hand-drawn artworks that depict the intricate architectural artistry of the building in which it's housed. 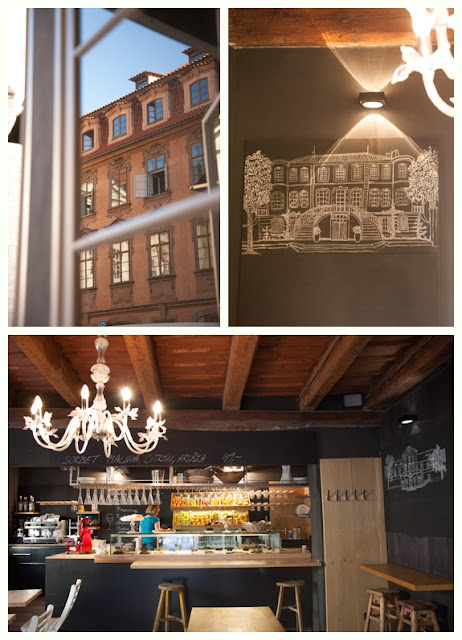 And so, under this glow of inspiration, looking out upon the square of this captivating little haven, I thought of what I might serve in such a café. Along with my favored soups and salads would be a variety of what I called my pressed sandwiches. They'd be made on full loaves of freshly baked bread, cut to order... wonderful, lightly pressed sandwiches slathered with special pestos and varied types of hummus topped with delicious roasted veggies and crisp greens.

A delectable sandwich, served on a white porcelain plate set upon a simply dressed table...


Turkey & Roasted Veggie Pressed Sandwich
serves 4 to 6 (or more, if cut into small squares to serve as a nibble)

The beauty of these sandwiches is they can be whatever you want them to be... vegetarian (with roasted carrots, eggplant and mushrooms tucked in, perhaps); dairy-free by whirring up your own parmesan-free pesto and forgoing cheese; layered with a variety of meats for the carnivore lover. Piled high or with restraint. Popped with olives, tucked with some onions... it's really up to your own inspiration. Just make sure you slather the bread up good!

Lay halves up bread on prep surface, cut side up. Spread 1/2 cup pesto on bottom half of bread. Spread remaining 1/4 cup pesto on top half of bread, then spread hummus over pesto. Lay turkey on bottom half of bread to cover, top with red peppers, artichoke hearts, roasted zucchini, and sliced tomato. Top with chopped spinach and cover with top half of bread. Press sandwich gently to flatten a bit. If preferred, cover sandwich with a clean kitchen towel or foil and top with a heavy cast iron pot to apply consistent pressure for 15 minutes, or more, as preferred. Sliced with a serrated knife and serve.

* Drizzle zucchini with a little olive oil, salt and pepper. Gently toss and position on a baking sheet in a single layer. Roast in 400 degree F oven for approximately 15 to 20 minutes.