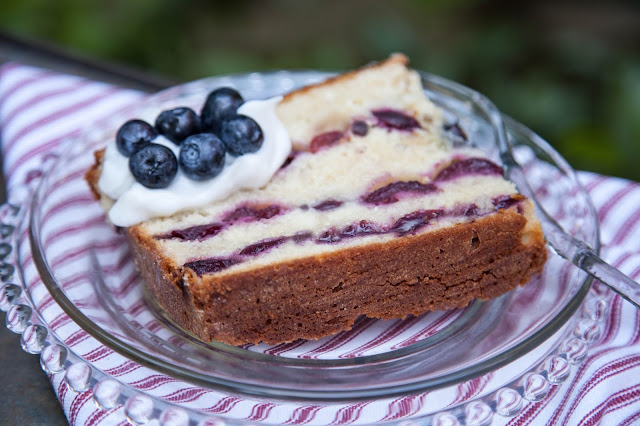 While a spectacular fireworks display is probably seen as the ultimate, quintessential culmination of many Fourth of July celebrations, large or small, what transpires from dawn to dusk can take a myriad of paths... large family breakfasts, lakeside gatherings, hilltop retreats, beachside campouts, outdoor picnics, or quiet barbecues at home, to name a few. And along with all these options are equally varied culinary choices. But one thing is for sure: many will involve a red, white and blue theme... and most likely a sweet.

For me, I'm most happy when that sweet is simply a bowl of fresh fruit (honestly!). And my favorite topping (before my apparent aversion to dairy) was sour cream mixed with a little vanilla extract and sugar. The best!!!

When thinking of what I might make that was just a step beyond a bowl of fruit, I immediately thought of a little cake that could easily be served with morning coffee, or dressed a few ways for dessert. A kind of any-time-of-day cake.

This Red, White & Blue Cake (earning its name when dressed in all its glory) is simply a pound cake laced with layers of fresh Stemilt cherries that, when sliced, kind of mimics the shape and striping of our flag. Slice it up in a traditional fashion and you'll still get that layered look, only kind of domed (due to the rising of the cake). 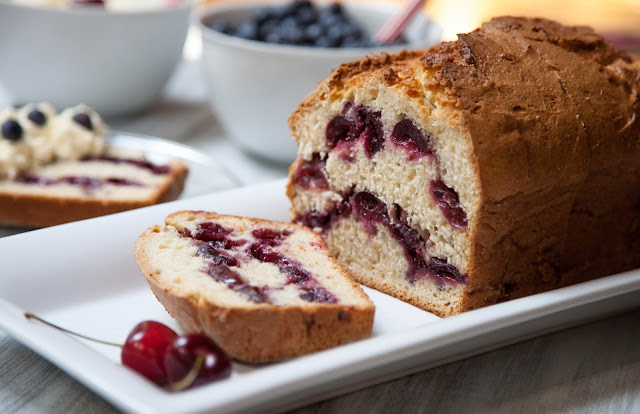 Slice it crosswise in half so that you get two pieces that are still longer than they are wide... and then slice each of these halves from the side in and you'll get a more uniform layer of cherries to dress up for a stars and stripes plating. Or, cut slices into cubes and layer them with some whipped cream and blueberries for a fun parfait. 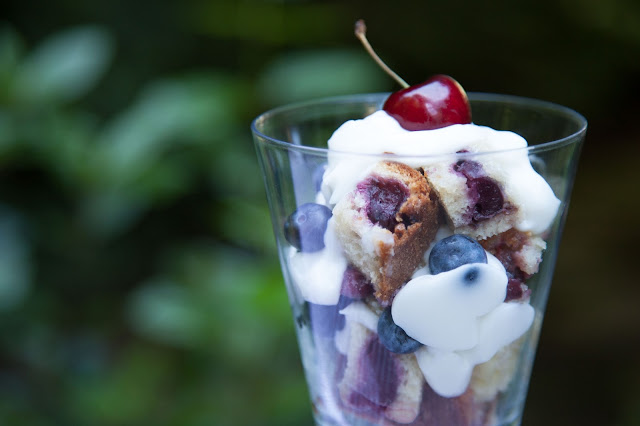 The cake is great on its own... but even more celebratory with a good drizzle of lemony icing over top. For recipe details, click over to Stemilt's blog, The Stem.

Disclaimer: While I am being compensated by Stemilt Growers as a guest contributor to The Stem, the views and opinions expressed are my own.