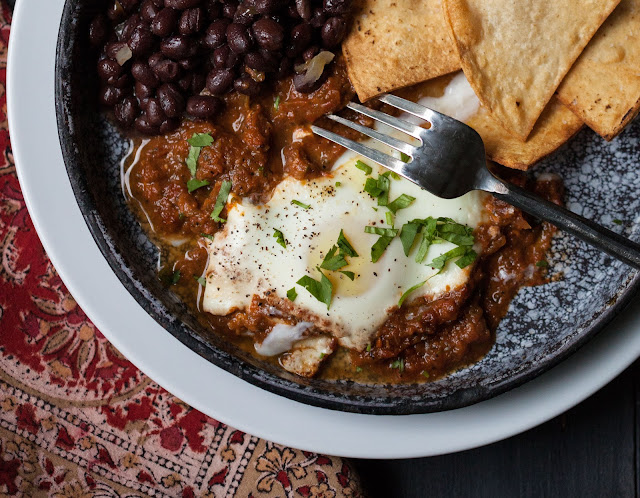 There are a host of people I admire... many that are just plain, private folks who would be unknown to most anyone but those in my closest circle; several that are in that quite-well-know sphere of public personalities that are favorites among many of us; and a sprinkling of people in between these two spectrums. And like a lot of things that are subjective, the reasoning for my admiration varies. 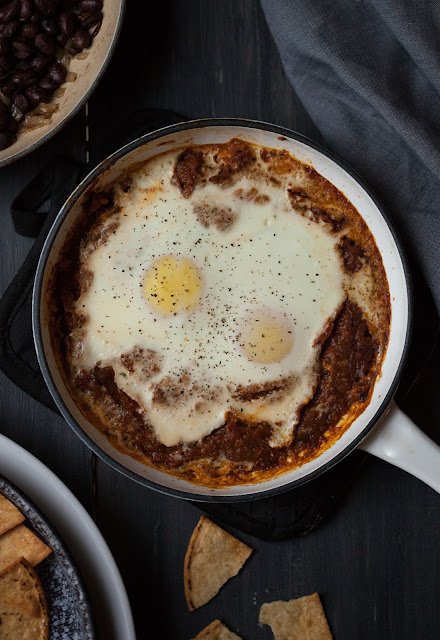 In the area of food... I admire a variety of people from friends that cook really well, to accomplished bloggers, photographers, and chefs. And though these people are seemingly quite different from one another, there does seem to be an underlying commonality among those that I'm truly drawn to that fosters my admiration: a genuine sense of humility (and/or sincerity), coupled with a strong dose of creativity. The folks that make my "favorites" list simply seem to be folks that forge ahead in pursuing their passion with... well... passion. And, most importantly, do so without trying too hard to whoop up a lot of fanfare. They simply do what they do best... and we take notice... and, yes, fanfare can ensue. They have "it." That "it" that separates them from the pack... makes us want to discover more about them, makes us want to continue learning, makes us want to do better. Maybe it's a special bit of DNA that is creative-laden, yet equipped with the not-so-common coupling of humility. 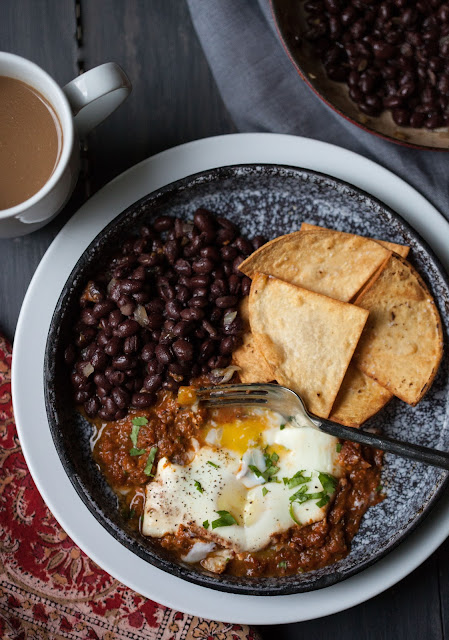 Living in an area that is ripe with outstanding culinary options, there are many folks I admire within our small little corner of the globe. Folks that certainly don't know me... and, frankly, I don't know them except for what they do on a public level.

And then there are the folks beyond our little haven... that come to us on-line, via television, and in print. All these folks that catch my eye and interest seem to have that "it" factor... that extra element that takes their talents in the kitchen, with food and flavor, to another level. Whether it's their approach that draws us in like a warm blanket on a cold winter's night... like Ina Garten; their ethereal ability to present food in a way that makes you want to pack your bags and live among the pages of their magazine for just a bit of time (until your family takes note of your absence)... like Donna Hay; or the way they weave words into a tapestry of personal expression that gives you pause... like Gabrielle Hamilton. 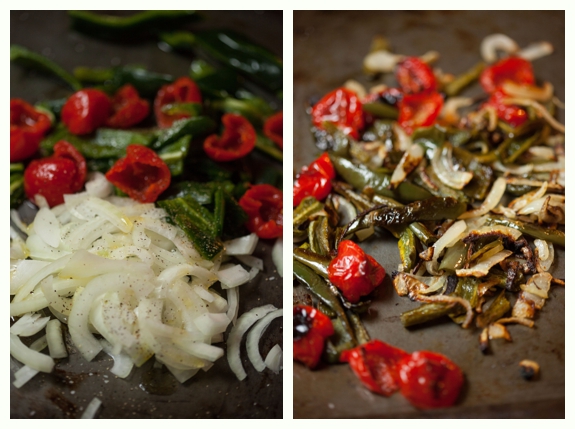 Surprisingly, I don't make a great effort to meet most public or popular people I admire. I think I was squelched of this desire by my husband who has, over the course of his career, met numerous public personalities and found that they are just people, for the most part, and the venue of introduction is so often not conducive to any real connection. As a result, most "meeters" go away disappointed. For this reason among others, I am happy to enjoy the wares of those I admire... their approach to food, their eye, their creativity, their words... from afar. 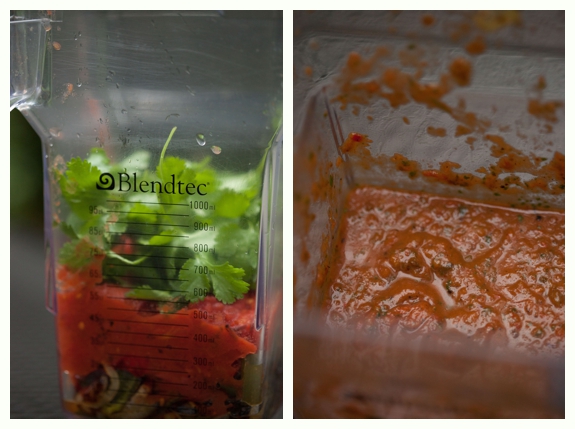 And so, on a drizzly day just a few weeks ago, I found myself standing in front of Prune, Gabrielle Hamilton's well renowned New York restaurant, waiting patiently with my husband for a table... among a flock of other equally enamored patrons seeking to enjoy a Sunday brunch. Thankfully we kept dry during our nearly 45 minute wait, huddled beneath the awning of a neighboring restaurant, slightly uncomfortable with taking cover under a canopy of an establishment flourished with tables adorned with cloths and cutlery and nary a soul partaking in their food. And yet, completely entertained by Prune's hostess that day, expertly guiding misguided souls who would wander into the restaurant hoping for shelter during their wait only to be escorted back out to the sidewalk with the cheerful smile and confident demeanor of a hostess that, I think, could possibility command our military given her adroit ability to manage the throngs of folks going in and out of Prune... and, somehow, make them entirely content with their wait in the rain.

Though a mere thimble of a restaurant, with an even smaller kitchen, we were fortunate to be settled at a window table (there are only two). Having perused the menu on-line, I was ready with my order hours before: the huevos rancheros. Unlike a version I have come to love and make, these were deconstructed. Perfectly cooked eggs lay atop a moderately spiced, peppery, tomato-based sauce, served along with some simple black beans and homemade tortilla chips... perfection. Other than being a somewhat small portion for my husband, we were both perfectly satisfied with our choices... one which completely delivered on taste and had me quickly tapping flavor notes into my phone.

Huevos rancheros can be a heavy dish with multiple layers of beans, tortillas, cheese, and salsa. Certainly nothing to complain about. But this dish from Prune was a much welcomed, lighter approach to this personal favorite. It has the huevos ranchero nuance in flavor and, yet, because it's really just sauced up eggs with a side of beans, it somehow seems more approachable. And the tortilla component is perfectly, and simply, added in the form of homemade chips... that aid in scooping up beans, sauce and yolky eggs... lest you have to leave a trace of deliciousness behind.

And no, no sighting or meeting of Ms. Hamilton, just the great luck of a cozy little nook-of-a-table at the window, looking out on the rain-soaked sidewalk of an unusually quiet side street in the bustling city of New York, with a perfect plate of brunch and a hot cup of coffee... taking note not only of the wonderful flavors but the small details that make Prune stand out.

This recipe is based on my own flavor profile of the huevos rancheros served on a recent visit to Prune Restaurant.

Preheat oven to 425 degrees F. Cut onion and peppers to approximately even proportions, toss with tablespoon of olive oil, salt and pepper and place on a baking sheet in a single layer. Roast in oven for approximately 15 to 20 minutes, until golden brown (onions will be your guide).

Place roasted veggies in a blender with canned tomatoes and cilantro. Blend until completely reduced to a sauce. Season with additional salt and pepper, to taste. Makes approximately 2 1/2 cups sauce.

Heat 2 teaspoons olive olive oil in a skillet over medium heat. Add blended sauce to skillet and heat through.

Ladle approximately 1/2 cup tomato-based sauce in an oven-proof ramekin or small, single-serve skillet. Create a well in the center of sauce to house eggs. Carefully crack each egg individually into a bowl before transferring to ramekin, turning two eggs into each ramekin, being careful not to break yolk. Drizzle one teaspoon soy milk over each yolk (to help deter yolk from drying out) and place under broiler (6 inches from heat source) for approximately 3 to 4 minutes, until whites appear solid and yolks still have some play. Remove from oven.

Meanwhile, heat canola oil in a frying pot over high heat, drop 3 to 4 tortilla wedged into hot oil to fry for approximately 10 to 15 seconds per side. Remove to paper towel to drain and immediately season with kosher salt as batches are removed and still warm. Continue until all tortilla chips are fried.

Plate each egg prep along with several homemade tortilla chips, a sprinkle of chopped, fresh cilantro... and some black beans as a side. Serve immediately.