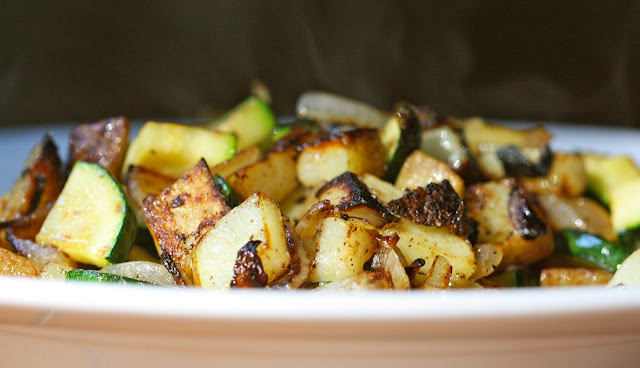 I learned early on in life, thanks to my fifty-percent hispanic heritage, that a good taco is made by putting almost anything you love into the fold of a corn tortilla. I grew up understanding that if a meal was good... it was even better in a tortilla.

Oftentimes, our tacos were simply warmed corn tortillas slathered with a pat of unsalted butter, a sprig of cilantro and a sprinkle of salt. Once dressed, you simply roll the warmed tortilla into a little flute, pinching up the end between two fingers to prevent a cascade of butter from running down your chin, pooling into your plate, or splashing onto your shirt... going to waste.

As a young girl, our best tacos weren't even really planned. They were just made from whatever leftovers were left over... the pork roast, the beef brisket, fried chicken, or rewarmed potatoes. I can remember (and still make) tacos with fresh slices of avocado, sprinkled with salt and pepper; tacos with fried egg and fresh spinach leaves; tacos with bits of salmon or cod from the previous night's dinner; or tacos with just a crumble of cotija cheese and a touch of salsa fresca. 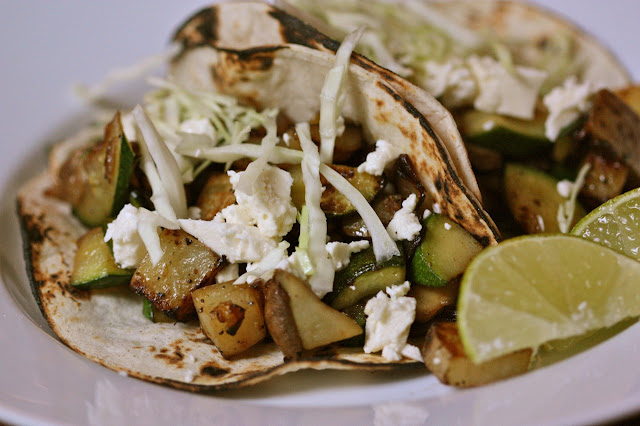 Tacos, visiting Mexico City, as we did almost every summer of my childhood, weren't really even "tacos." They were simply fresh tortillas, purchased just minutes before the evening meal from the corner tortillaria by one of my cousins. Rolled, filled or just topped with a little something off our plates and, voilá, we had tacos. It's how most people might understand their table's bread basket; tortillas were our bread... with an accent, perhaps.

So say what you want about those artificially-created shells that are prefabbed, popped into formed molds and cellophane wrapped... or the tex-mex taco that has the traditional ground beef, cheddar and shredded lettuce. They are but mere impostors.

True tacos celebrate flavor... and simplicity. To be really good... you don't need to over think it. You simply need to think with your taste buds.

Though not purchased from a neighborhood tortillaria, the flavor of white corn tortillas warmed over an open flame is quite satisfying. And, with the weather almost too warm to heat the oven... or even fire up the BBQ... a one-skillet, quick sauté of veggies makes a great filler. Russet potatoes fried up with a good pop of onion, until they are caramelized and slightly charred, together with diced zucchini and slices of cremini mushroom offer a perfect medley of goodness. Topped with a little green salsa, a hit of fresh feta (or cotija) cheese, and a sprinkle of shredded cabbage... and you have the easy makings of a pretty terrific taco. The filling is great on its own... a yummy side for almost any entrée... good on its own... but even better in a tortilla.

Heat olive oil in a large skillet over medium- to medium-high heat. Add onion and potato; sauté for 6 to 10 minutes, until cooked through and speckled golden brown. Add zucchini and mushrooms to potato mix. Continue to sauté until added veggies are lightly browned, about 2 to 4 minutes. Season with salt and pepper, to taste.

Over a gas flame (gas-stoves only), heat tortillas (watching them carefully as they catch fire easily), until just slightly charred at the edges.

Fill tortillas with veggie mix. Top with a little green salsa, some feta (or cotija) cheese, and a little cabbage. Serve immediately.

*If you don't have a bottled salsa that you like and don't have the time to make a fresh tomatillo salsa with roasted tomatillos, then consider sautéing some onion in a small skillet, add a small can of tomatillos, a good splash of no-chicken broth, and let it reduce down for 15 to 30 minutes. Season with salt and pepper, maybe add a bit of a "creamer," like some tofutti cream cheese. Bottled is usually in a pinch.