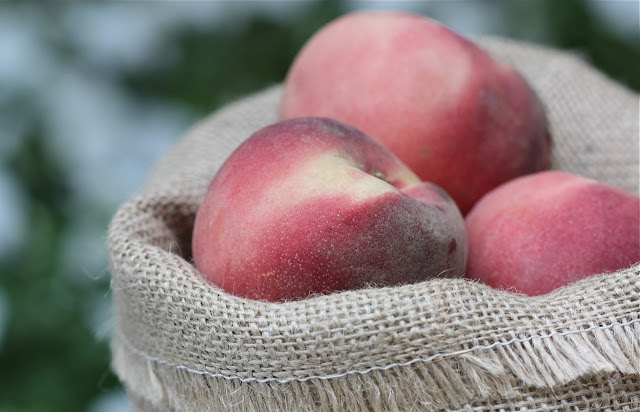 I have a particular affinity for white peaches.

Whether eaten straight off the tree, or dressed up into a compote for a delicious almond cake... I always take advantage of this fruit's rather short season... always with just a bit of a nostalgic tug. 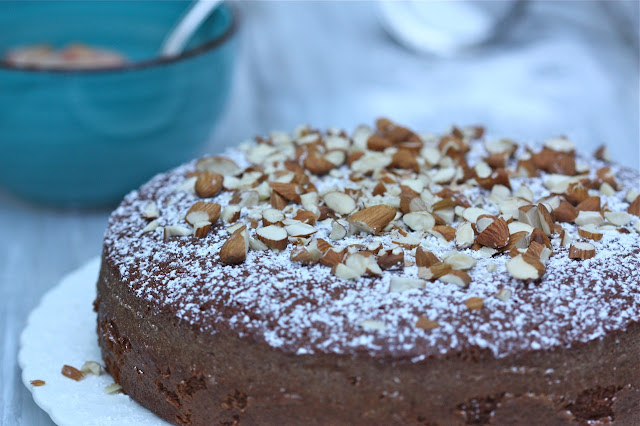 When I was a kid, my parents held an annual PPDP party that they launched with the specific purpose of unloading the almighty bounty of white peaches that consumed the branches of the one rather scrawny tree that stood in our backyard, just footsteps from a pirate fort my dad had built for my brother and me. You had to climb a wooden ladder to access the fort; a square structure with a pirate logo (thus, the name) that stood high off the ground on four wooden beams with a two-seater, wooden swing hung from its underbelly, and a rather large beam that extended high off its side wall to accommodate two, traditional "kid" swings. From these two swings we could launch ourselves out over the hillside below (covered in a rather unattractive ice plant that guaranteed a soft landing). 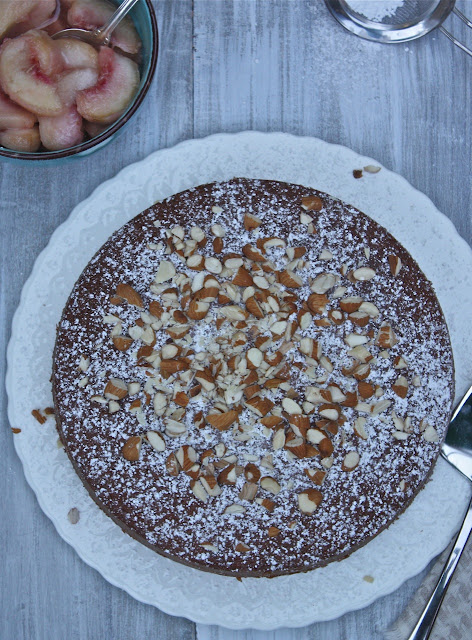 While we'd often grab a little nectar before heading to the fort to take a few flings from the swings, the proliferation of fruit from our one and only peach tree never ceased to amaze me. Now, looking back, this little tree was quite the over achiever. It was just average in size but had a good number of branches. As its season approached, its limbs would sprout an abundance of fruit and slowly become so laden that its appendages would begin to sag, many languidly resting on the grass below, thankful for the reprieve. 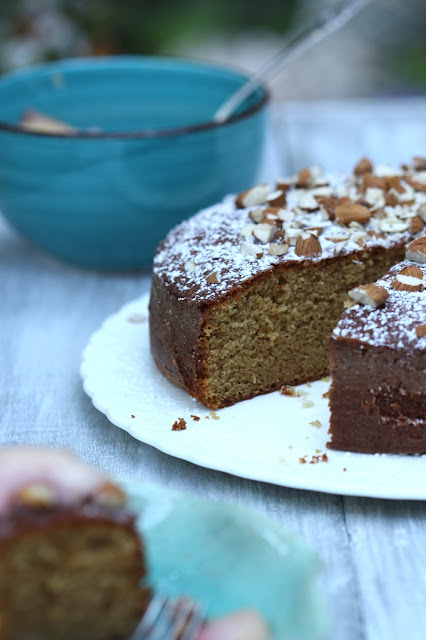 We ate a LOT of peaches straight off this tree during peak season; picked buckets to disperse to neighbors, and plucked a ton to toss onto ice cream or cereal. But it wasn't until my parents came up with the PPDP party plan that we truly felt that the harvest was used to its full fruition.

A few weeks before the peaches truly came into their own... that little window between this is great and this needs to be trashed... we sent out the PPDP invites. I loved the whole festive nature of this annual party even though I really wasn't a true participant. PPDP (PEE-PEE DEE-PEE), pronounced as two, two-syllable words (which I loved to roll off my tongue about as much as I loved the fruit to which is was a tribute), involved alcohol and, at the ripe old age of nine, I was but a mere observer. 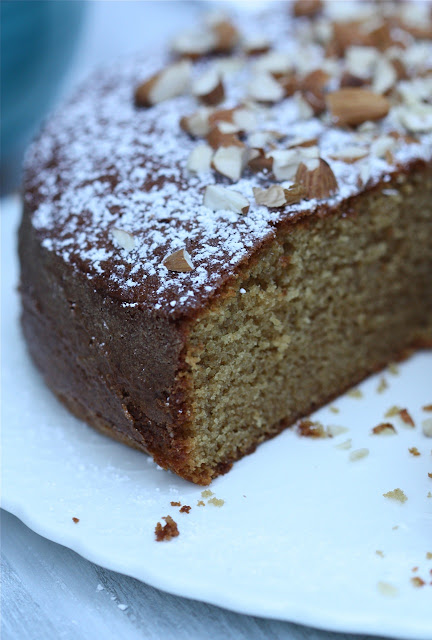 The acronym, PPDP, stood for Perennial Peach Daiquiri Party and once the date arrived for said "party," our yard would fill with a lot of very happy participants partaking in the fruit of the nectar. Our blender ran on over-drive, the peaches disappeared, and my brother, cousin and I enjoyed the festivities launching out over the ice plant and playing hide and seek in the many nooks and crannies of our large backyard, with lights and voices twinkling into the evening sky. 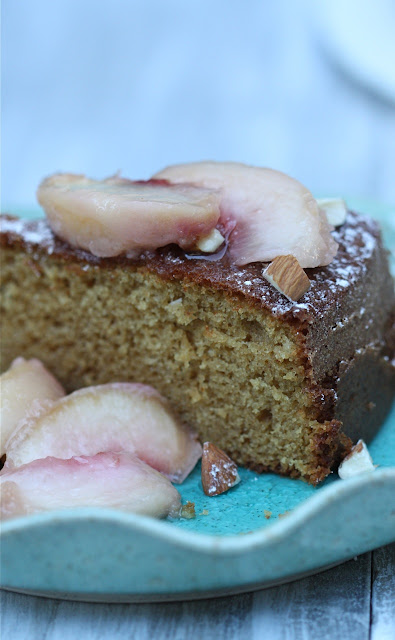 To this day I am enthralled with the arrival of sweet, white peaches. As soon as I spot them at the market, I pluck them up. Whether it's nostalgia's tug, or a genuine love for the fruit, truly doesn't matter. Like so many years ago, I still find it fascinating to cut open this seemingly colorless fruit and be rewarded with an abundantly sweet, juicy nectar. At their peak of ripeness they practically burst upon biting... a party just waiting to happen. Unlike their more brightly-hued brethren, white peaches have a more delicate, sweet, slightly floral flavor, with very little acidic tang. Though not entirely noticeable when baked, this distinction is quite apparent when eaten fresh.

For this almond cake (adapted from a recipe by David Lebovitz), I warmed sliced peaches (skins removed) in just a little honey and lime juice, creating a great little compote that enhances the delicate flavor of the peaches without adding too much sweetness or interfering with their intrinsic goodness. 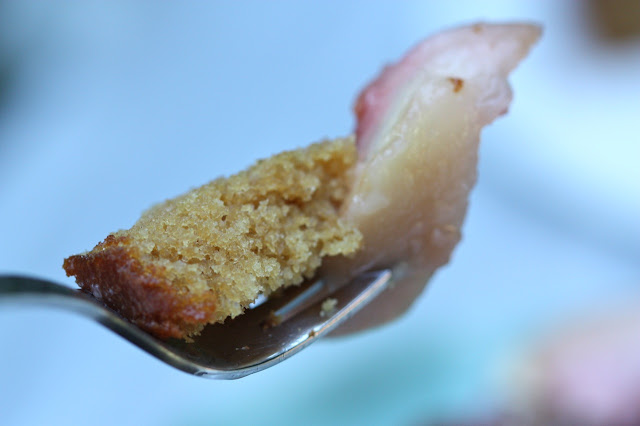 The almond cake is a perfect complement, incredibly light and moist, with a subtle almond flavor that pairs beautifully with this blush-white fruit. 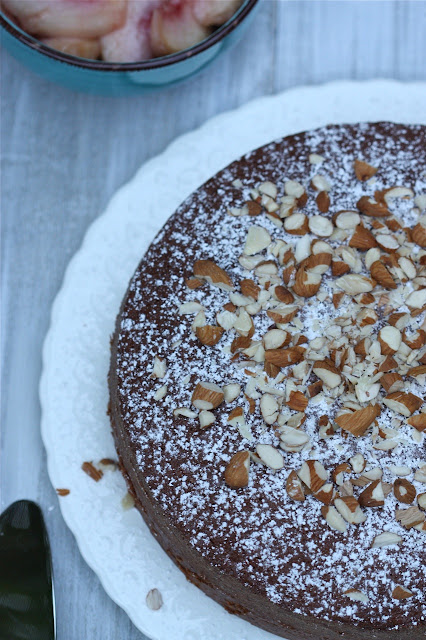 While this particular treat has no invites or alcohol involved, it does celebrate the sweet glory of fresh, ripe, white peaches beautifully... and stays true (somewhat) to the PPDP acronym, being but one of the many ways I satisfy my Particular Penchant (for) Delicious Peaches.


Almond Cake with White Peach Compote
adapted from a recipe by David Lebovitz (which was adapted from Chez Panisse Desserts)
makes one, 9 1/2" round cake

Preheat oven to 325 degrees. Grease bottom and sides of cake pan with butter, dust with flour and tap out excess. Place a round of parchment in the bottom of the pan.

In the bowl of a food processor, grind sugar, almond paste and 1/4 cup flour until finely ground (resembling sand). Add cubes of butter, vanilla and almond extracts, pulsing to combine. Then add eggs, one at a time, processing to ensure they are fully incorporated; scraping down sides of bowl as necessary.

In a small bowl, whisk together remaining 3/4 cup flour, baking powder, and salt. Add half this mixture to bowl of food processor, pulsing machine a few times before adding remainder of mixture. Without overheating, pulse the machine just to ensure dry ingredients are fully incorporated.

Scrape batter into prepared cake pan and bake for approximately 65 minutes (NOTE: my cake was done just about 8 minutes shy of this timeframe, so watch carefully so as not to over bake, or burn edges). Top of cake should appear deep brown in color; toothpick inserted in center should come out clean.

To make peach compote, heat honey in a skillet over low heat. Add lime juice, to taste. Add sliced peaches and warm through, about 2 minutes. Serve at room temp over cooled almond cake.

* to remove skin from peaches, mark an "x" with a sharp knife on the bottom of each peach (opposite from stem end). Place peaches in a pot of boiling water for approximately 60 seconds. Remove with slotted spoon and set aside to drain and cool. Using your fingers or a paring knife, carefully pull skin from peach flesh.