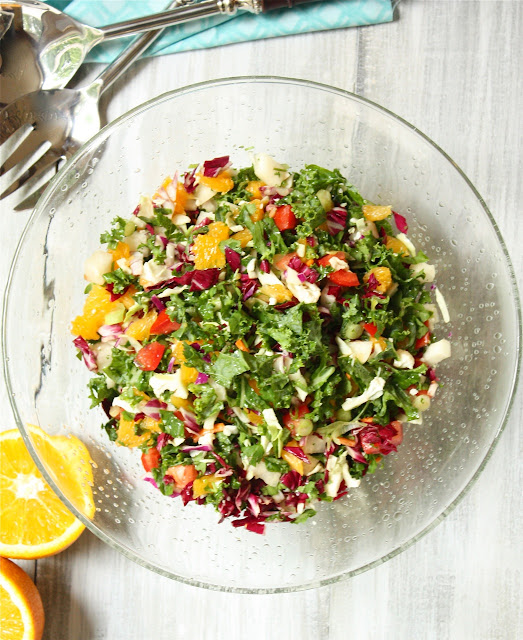 Until about five years ago, I truly hadn't given kale a passing glance. It wasn't a purposeful intent of mine to ignore this leafy green, it simply never called my name.

When I thought about veggies, I made more traditional selections like carrots, asparagus, green beans, and the like. And when I went after salad fixings, it was most often spinach, romaine or butter leaf I was after. 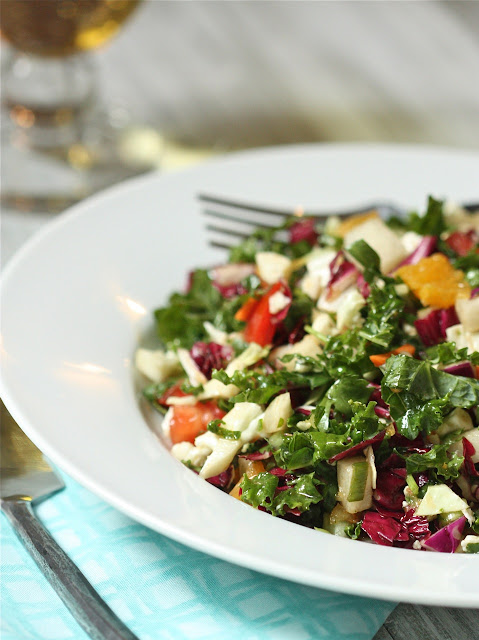 Then, a nutritionist I admired strongly recommended several foods to include in our diet... some that we had already added in (here and there), and a few others that were relatively new to us. Most notable among the mix was kale. This leafy green was at the TOP of her list and, surprisingly, had rarely (if ever) made it into our kitchen. 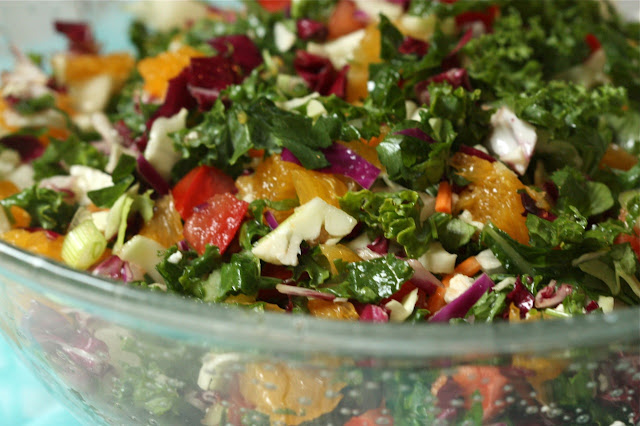 My first purchase was a tentative selection of lacinato kale... followed by an even greater hesitation in figuring out what to do with it. I simply had no idea of how to prepare it. Figuring it could use a bit of a sweet touch, I lightly sautéed some garlic in a bit of extra-virgin olive oil, added in a heap of chopped kale, a sprinkle of salt and pepper, and then some dried cranberries once the kale had wilted down a bit. It was delicious... beautifully subdued from its more robust, raw beginnings and ever so lightly enhanced with the subtle, nutty flavor of the sautéed garlic and the sweet-tart pop of the warmed cranberries.

Over time, I branched out with different pairings. We had it sautéed, roasted and raw. It was plated under fish, set over eggs, popped into soups, and dropped into salads. Eventually it even replaced our morning oatmeal in the form of a "green shake" loaded with fruit, flax, and fiber. And now, instead of just a few torn bits added to spinach, romaine, or butter leaf, its often the main component in our salads.

In this plating its accompanied by a rainbow of raw veggies... chopped radicchio, cauliflower, cabbage, and green onions... plus tomatoes, jicama, cilantro, and bits of fresh orange. Then its lightly dressed with an orange-honey-balsamic vinaigrette.

If I'd known five years ago what I now know about kale... its virtues through versatility... I certainly would have listened a bit more intently each time I passed through the produce aisles... sure that I would have heard my name far, far sooner.


Chopped Kale Salad
Makes about 8 cups
According to a recent article I read in Cook Fresh magazine, vitamin C is critical to our bodies ability to absorb the potent iron found in kale (as well as in spinach and broccoli), a form difficult for us to digest. Vitamin C makes the iron "user-friendly," so to speak. So adding a bit of citrus (orange, lime, lemon, or grapefruit) is a great way to ensure you get all the great nutrients kale has to offer. Here, there's fresh orange in the salad and fresh orange juice in the dressing... a double whammy.

Combine kale through orange in a large bowl; toss lightly and set aside. Meanwhile, in a small bowl, whisk orange juice through olive oil, just to combine. Season with salt and pepper, to taste, and lightly dress salad.